If you’re wondering why you’ve lost friends in adulthood, this is probably why 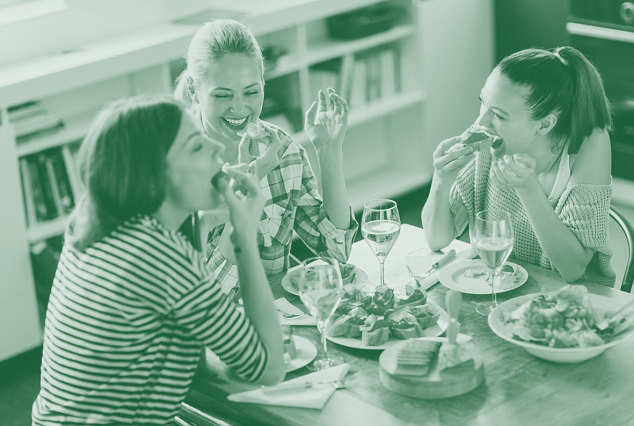 That sounds obvious, but a pattern I’ve observed again and again among the people in my social circle (a social circle that skews young and urban, to be clear) is that they often don’t have close, meaningful friendships. They want them, but they aren’t willing to go out of their way to dedicate time and effort to developing these relationships.

Take this scenario. You met someone who seems really cool, and you immediately think you could be good friends. They invite you to hang out again — say, to have drinks with some of their friends you haven’t met. You say sure, you’ll be there. Then the day arrives. Maybe you’ve had a long week at work, or you’re just not in the mood to meet new people, or you have a few other invites for that night that look more fun. You text them, “Sorry, can’t make it tonight.” They tell you not to worry about it, they’ll see you next time. But days and then weeks and then months pass, and you never become more than acquaintances.

There’s nothing wrong with this scenario. You’re not going to be friends with everyone! You don’t have to be; that’s normal. But if you’re someone who wants to build deep friendships but consistently chooses to not show up when the opportunity is presented, then maybe it’s time to unpack why and to think about what you can do to change that.

The most extreme case of this phenomenon I’ve experienced happened when a distant acquaintance messaged me saying that she wanted to be friends. So we found a time to have dinner. She messaged me the day we were supposed to meet and said she couldn’t make it, and so we rescheduled for the next weekend. That happened six weekends in a row, and each time she bailed last minute. I saved six Saturday nights for this person, and she found reasons not to come to every single one.

What drives flakiness
Let’s talk about flakiness. In an increasingly connected, noisy world where infinite possibilities for how we could spend our time loom over us, flakiness abounds. I host a lot of events, and what I know now is that I should expect at least half of the people who explicitly RSVP’d “yes” to bail. It makes sense — the societal norms have changed, we’re busy, we have a lot of options for how to spend our time. But while a packed schedule explains why we can’t attend everything we’re invited to, I’m not sure it explains why we say we will and then … don’t

My theory is that flakiness is rooted in dishonesty with ourselves and others about what matters to us. It’s not that we’re malicious; it’s that we’re aspirational. And while that doesn’t negate the harm caused by flakiness, it might explain why it’s so common. At any given point in time, there are countless versions of our lives that we can see for ourselves, and we’re committed to maintaining that optionality. We could be a person who has that hobby or goes to that event or has that friend; we have that option, and we expect it’ll always be there.

What defines a friendship? Can it be quantified? I’m inclined to think not, and yet I have a vague feeling after I’ve spent some amount of time or shared some number of experiences with someone that I can call them a friend. At some point, somewhere, a switch flips.

So then I have to think, what flips that switch in the other direction? How many canceled drinks and dinners and coffees does it take before we’re no longer friends with someone? How many big life events do we miss before we start saying we used to be friends? Probably fewer than we think. Flakiness has its costs, and we often don’t realize them until it’s too late.

Some steps on how to keep friendships going
With that in mind, now I have a few proposals for you, a person who seeks to build and sustain meaningful friendships:

1) Don’t be chill when it comes to making friends. Tell people you like or respect or value that they’re great and you want to hang out with them. If they signal that they’re not interested, that’s fine — but don’t miss the opportunity to get to know someone wonderful just because you don’t want to appear overly eager.

2) Be personal. Talk about your real problems, and ask people about theirs. Invite someone into your home instead of going to a bar or coffee shop. Give thoughtful gifts. A big part of friendship is understanding someone for who they are and having them understand you for who you are, and that’s not possible without some degree of vulnerability

3) Get comfortable saying no to people you don’t want to prioritize. That sounds harsh, but in the end, it will save your time and effort and theirs. It’s not a kindness to “perform” friendship without genuine support and commitment, and both of you have limited time to spend. Instead of saying you’ll grab lunch and then canceling yet again, you can just part ways and make friends who are better suited to each of you.

4) Remember to reciprocate. If your friend is always the initiator, invite them to do something with you. If you do have to cancel on someone — sometimes circumstances happen — you should be the one to make a plan for the future. And then make sure that it happens.

5) Show up for people who matter to you. Sometimes that means your physical presence; sometimes that just means your emotional support. There will always be reasons to not be there, but if you keep choosing other commitments over a friendship, that’s a signal to that person. Friendships aren’t static. They require work from both people.

None of my closest friendships were forged solely because we had so much in common or it was convenient. It was because we prioritized each other. When we had options — and there are always, always options — we chose each other more often than we didn’t. There have been times when people I didn’t think were close friends showed up for me when I didn’t expect it, and that’s what deepened our friendships.

It was in that vein that I developed a close-knit group of friends. When I met them, two of them had just ended long-term, serious relationships. A few of us were deeply conflicted about our jobs and our lives and whether our work would ever be fulfilling. There were days when someone would post in our group chat that everything was awful and terrible, and we’d organize immediately to cancel our plans and gather somewhere and listen to them vent over dinner and a bottle of wine. And that was everything — knowing we all had that support and knowing we had people who depended on us for that support.

These relationships are some of the most rewarding parts of my life, and they didn’t just happen. We built them. So the next time you’re faced with the question of whether to show up or not show up for someone, be conscious about how that choice impacts your relationship. Because, for better or worse, it will.