Is the Kiwi love affair with Trusts over? 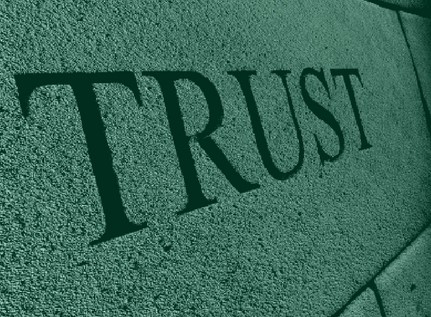 We regularly get asked “Is it worth me having a Trust anymore?”

As you would expect from a Lawyer, the answer is “Well that depends”.

There is no doubt that the baby boom generation have loved Trusts.  The love affair has changed the previous use of Trusts away from the intergenerational protection and transfer of assets, to one of the protection of assets for the individual.

About twenty years ago Trusts exploded into use.  The use of Trusts blossomed at the time of the ill‑fated attempt to means test what is now National Superannuation.  Trusts were used to turn income into capital.  At the same time they became popular to protect against rest home subsidies.  Trusts suddenly became popular to massage marginal tax rates, manage creditor obligations, and avoid relationship responsibility.  Without a Trust you were somehow unworthy.

Trusts became like Japanese motor vehicle imports; they were everywhere and of dubious quality.

Recently, the “Empire” has been “striking back” and eroding some of the previous gains achieved.  First, in the rest home space, there was the decision in B v Chief Executive of Ministry of Social Welfare [2013] NZCA 410.  This adjusted the gifting clawback in cases where assets had been sold to a Trust and progressively gifted off.  Unexpected clawbacks have resulted by use of the Deprivation of Income and Assets provisions in the legislation.  While there is still value in a Trust in this area, there is also now a distinct disadvantage for a couple where only one needs care when the home is owned in Trust.  It would be dangerous to assume the rest home protection with Trust scenario will continue.  The concept that one should be able to divert assets to a Trust to pass care costs onto the taxpayer, will not be acceptable for much longer.

The Penny v Hooper [2011] NZSC 95 case addressed the use of Trusts to arbitrage income tax rates through use of a Trust.  This decision has gone on to create considerable uncertainty in the tax avoidance area.

Regal Castings v Lightbody [2008] NZSC 87, involved the use of a Trust for creditor protection.  The decision resulted in a movement of the goal posts in terms of protection.  The transfer of assets to Trust now has to satisfy both an intent to defeat (the accepted position until that case) to also having the effect of defeating creditors.

More recently, Clayton v Clayton [2016] NZSC 30, (a bitter and prolonged argument about whether the use of a Trust created separate property in a relationship property context) was a body blow to many Trust purists.

In each of these cases, there appears to be in the exercise of judicial discretion, a presiding sense of a need to introduce ‘fairness’.

In our view, the Clayton case has been a body blow to Trusts.  A decision to right the wrongs in a relationship property situation by adjusting long held Trust principles can be expected to flow over into other areas of law.

The difficulty with many of these decisions and others like them, is that the law has made decisions where the boundaries of perceived fairness may have been pushed arising from poor drafting in the first place.

So, to answer the opening question, the answer is YES, it is still worth having a Trust, but some basic principles need to be followed:

Excessive control is a risk.  Clayton’s case was a “cake and eat it too” matter.  A Trust is called a Trust, because you have to trust someone else with your assets.  It does not mean to almost trust and using drafting mechanisms to retain control.  Clayton has made it clear this circular control process is not acceptable.

For good and sensible reasons, we suspect the number of Trusts now being created is reducing.  Trusts do, however, remain a key tool in any business protection and the management of intergenerational asset transfer when operated in the right hands.

However, if you are not prepared to invest in the ongoing cost of running the Trust properly, you really cannot afford to have one.

Poorly managing a Trust is like having an expensive car and never servicing it.  It will breakdown eventually and usually at the most inconvenient time.

If you have a Trust, and many of you do, we strongly suggest that you get an objective review of the Trust Deed by someone with expertise to see if it remains “fit for purpose”.  Check who will end up with the keys when you are no longer able to drive it.  Make sure your Wills and Trust are properly integrated and work together.  Have regular formal meetings to discuss the beneficiaries’ requirements and expectations and make sure these are documented.

Most Trusts hold significant assets.  It is worth looking after them properly.