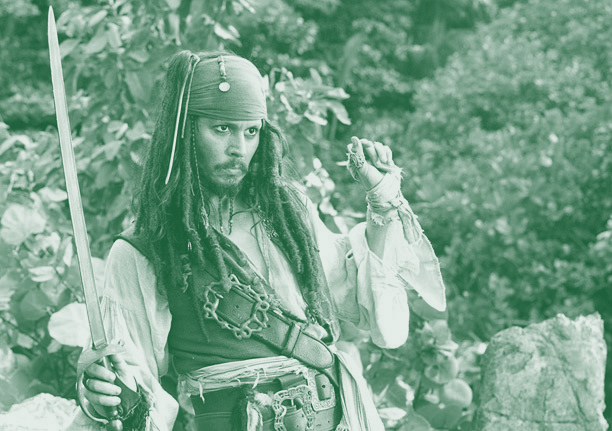 The 1980s television series “21 Jump Street” launched Johnny Depp’s acting career; “Edward Scissorhands,” director Tim Burton’s dark Gothic fairy tale, made him a movie star. But it was Disney’s “Pirates of the Caribbean” movies that made him rich. The original film and its sequels grossed about $4.5 billion in ticket sales. That franchise, along with other films, earned Depp an estimated $650 million, according to Rolling Stone.

If we are to believe the reports, most of it is gone.

Thus, we have yet another cautionary tale of what happens when too much money meets too little financial savvy. If it sounds familiar, well, that’s because it is. Lottery winners, pop performers, sports stars and other recipients of sudden wealth often fall into the same trap. They react emotionally to the windfall; they don’t think long-term or strategically. There is no plan for the future, only the unrealistic expectation that the firehose of earnings will last forever. These sorts of unforced errors leave a permanent mark on their emotional and financial well-being.

Depp is now suing his business manager and his firm for negligence, breach of fiduciary duty and fraud. I have no idea if the accusations have merit or not, but the mere existence of the lawsuit means financial mistakes were made and the suit will determine who made them. All of this could have been avoided, however, assuming one was willing to engage in some clear thinking and do a bit of work.

And so once again, I will lay out a simple set of rules that can help any recipient of new-found wealth avoid some of the most common errors, and maybe keep from going broke. Here goes:

1. Have a plan: I guess the mere fact that we are discussing a squandered $650 million fortune means I have to start with this one.

Anyone who comes into a pile of cash must think about ensuring it lasts a lifetime. Note this isn’t just about actors or athletes, but the 60 million people who stand on the precipice of a $30 trillion inter-generational wealth transfer. The beneficiaries and heirs of all that wealth need a plan to manage that money, even if it is in amounts somewhat shy of a half-billion dollars. Making whatever you have last as long as you need is the goal.

2. Delegate but be involved: Be aware of the details of your own finances. The most successful athletes and musicians have business managers who might handle the day-to-day chores while they are on the road working, but they must understand their own earnings, spending and investments. It’s your money, it’s your responsibility — if you do not know the specifics, then you are just asking for trouble. If Michael Jordan and Bruce Springsteen find time to be intimately involved in their personal finances, then you can too.

3. Understand your career cycle: We all begin as newbies, grow into our peak earnings years, then scale back the workload or retire. Those phases cover most of us. The first decade or so is when we become better, smarter, more skilled; the second phase is when we capitalize on those  skills; the last is when we kick back. The mistake of assuming peak earning years will last much longer than they do is surprisingly common.

4. Friends and family entourage on the payroll: Buy Mum a modest house, if you’re so inclined, tell everyone you love them, then let them live their own lives. When they come around asking for financial help, politely sending them packing.

5. Avoid debt: Living within your means should get easier as earnings rise. Instead, people find more expensive ways to fritter away their cash. Access to credit all too often is the enabler of profligacy that can easily outstrip even multimillion-dollar salaries. It is one thing to use credit modestly to buy a home or manage cash flows, especially for someone who receives an annual bonus that makes up a substantial portion of total compensation; it is another thing to use debt to finance an ongoing lifestyle.

6. Keep your investments simple: This is especially important for anyone who is on the road or travels a lot for work. If you spend six months shooting a film in Malaysia, you probably lack the time to monitor how much risk your hedge-fund managers are putting on.

Better to keep it simple, hold down costs and limit tax liability. A portfolio of 60 percent stocks and 40 percent bonds will grow over the years with a minimum of volatility and headaches. Find an experienced pro other than your business manager — if you have one — to help manage this.

7. Understand what money is and what it isn’t: There is so much emotional baggage around money — especially the blind pursuit of it — that we often forget what it is. It isn’t a measuring stick or an end in itself but rather a means to an end. Money is a tool that lets you accomplish specific things, whether paying for good health care, ensuring financial security, freeing you from stress and worry, or covering the costs of leisure and philanthropy.

Depp would have been better served if he approached his money with the same gusto he applied to inhabiting his roles. That’s a lesson for all of us.