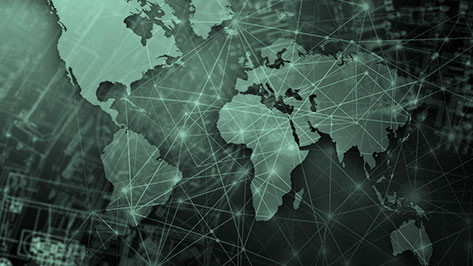 Low/No inflation and negative interest rates sound like good news (especially if you are a bank borrower) but things may not be as they seem. This could create a whole new topsy-turvy world.

The European Central bank, as well as central banks in Japan, Switzerland, Sweden and Denmark, have all given negative interest rates on the money deposited with them by commercial banks in recent times. This means banks are paying to deposit their money there overnight. How does a central bank actually impose the negative rate? It simply makes the electronic balances in those accounts shrink. A deposit of €10,000 at the European Central Bank today is €9,999.92 tomorrow, for example. The idea is to disincentivise savings and encourage spending which in turn should lift inflation expectations.

Surely all banks will do is pass on the cost to us their customers you might be thinking. Borrowers on one side and depositors on the other. It seems that banks have been reluctant to force negative rates on to their depositors so the banks have been absorbing this cost themselves. After all, if you were being charged to keep your money in the bank why would you keep it there? Why not simply stash it under the mattress? There are of course many who are so focused on keeping the capital safe rather than getting a return on their money that they are indeed willing to pay a bank to look after it. But for most of us, a term deposit where you are paying the bank just does not sound right. Consequently it is not hard to envisage a return to a cash environment rather than the electronic one we are so used to.

As well as the negative interest rates from some central banks, government bond yields in a few countries have also been below zero. Again, any demand for a negative bond yield tends to reflect the investor emphasis on capital preservation rather than growth.

So what does this mean for our investors? Well certainly global diversity is again proved to be the prudent key to investing – there are many countries where rates are positive including USA, UK, Canada and NZ with Australia having cash rates among the highest in the world at present.

Regardless of the interest rate cycle, bonds and fixed interest investments still play a diversification role in a portfolio composed of multiple asset classes, i.e. cash, bonds, equities and property, because they behave differently to other assets. Within our portfolios we see the fixed interest and cash allocations representing the wings on an aeroplane – providing stability and smoothing the bumpiness of the ride during turbulence (this being volatility in the context of share markets).

On the day to day front, the lower interest rate environment we are experiencing now means that those with debt can benefit from any mortgage overpayments making more of a dent in the balanced owed. For those with cash in the bank, it can be said that low interest rates coupled with low inflation rates is not such a bad thing. However, we are all aware that prices on some things always seem to go up, regardless of inflation rates! The difficulty in a low interest environment is when the income you need to live on from your cash balances is coming more from the capital than any income generated, resulting in your capital being used up quicker than you had planned.

Having a well-diversified portfolio optimises the long term returns from all the asset classes – and as our clients are aware, this can be achieved without any risk of permanent loss of your money.