The World Cup Of Investing 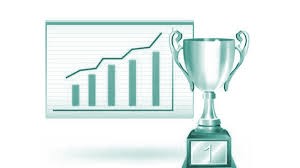 It’s been a banner year for New Zealand sport, with a world championship win in women’s netball, the narrowest of world cup losses in men’s cricket and an upcoming attempt by the All Blacks to win an historic third consecutive rugby world cup.

It’s fair to say that just as NZ punches above its weight in global sport, its share market has been an outperformer in recent years. But it’s also worth keeping a sense of perspective, both in terms of history and the size of
the opportunity.

In sport, the women’s netball team, the Silver Ferns, waited 16 years to win the world cup, and then defeated Australia by just a single goal. Even the All Blacks, historically the world’s best rugby team, took 24 years to
repeat their 1987 world cup triumph.

NZ shares aren’t world beaters every year either. It’s true the Kiwi share market has been the developed world’s second-best performer in four of the past 10 years. In fact, it has posted positive annual returns for every year since the GFC.

But you only have to cast your mind back a little bit further to find years when the Kiwi market was a relative struggler. In 2000, it was the worst performing developed market in the world. In 2005 and 2006, it was the third worst, albeit with positive returns.

If you go back even further, the NZ market was hit harder than most by the 1987 crash and its aftermath. The market, as measured by the S&P/NZX All Index fell by nearly 50% in 1987 and did not turn cumulatively positive
till nearly a decade later.

Such was the pain generated by the 1987 crash in New Zealand that an entire generation of investors was turned off equities. The tragedy is that so many sought solace instead in poorly performing and illiquid property
finance schemes.

There are a couple of lessons from all this for investors. Firstly, just as World Cup winners are hard to predict, there is no evidence that you can consistently outguess prices and pick which country will be the best market
performer from year to year.

The second lesson is you need to be mindful of how much your international portfolio is biased to your home market. Remember that NZ accounts for a tiny proportion of the global share market, at around 0.01% or one tenth of one per cent