What are you planning for? 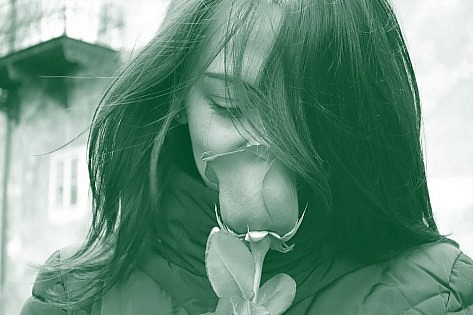 And the winner is … who?

Marc Lore was a successful businessman and entrepreneur by pretty much any standard.  He originally worked in the finance industry, and in 2001 he sold his first company to the Topps Company.  He set up a new company selling diapers and baby care goods in 2005, and it expanded over the next few years.  In 2011 he sold that company to Amazon for US$545 million.

In 2014 he founded a new company, Jet.com which was an online shopping club competing with the likes of Amazon.  In 2016 Jet.com was sold to Walmart for over US$3 billion, and Marc Lore agreed to work for Walmart as Chief Executive Officer of its e-commerce business.

Given his tremendous success, you would expect that Marc Lore would be happy with his lot, but surprisingly that wasn’t the case.  After he sold his diapers business to Amazon, he made enough money to ensure that he didn’t need to work again, or that his family would ever want anything.  This should have been a happy occasion, but instead Marc Lore felt depressed.  He even described his feelings upon completing the sale as similar to mourning.

He isn’t the only one to experience this surprising reaction.  Markus Persson was another entrepreneur who created the wildly popular game called Minecraft.  He sold the company that owned Minecraft to Microsoft for US$2.5 billion, and is now a billionaire, purchasing an 8-bedroom, 15-bath mansion in Beverly Hills for US$70 million.  For fans of old TV shows, this seems to be very similar to the plot of the Beverly Hillbillies, except swapping a Swedish games developer for the more well-known Clampett family.

Markus Persson has explained that he “never felt more isolated” after selling his company and making his fortune.  If it is any consolation, the fictional Clampetts also had serious problems adjusting to their new found wealth, and the entire TV show is premised on that issue.

So why is it hard for people to adjust?

For the fictional Clampetts, it was adjusting to a new lifestyle of opulence and extravagance from their previous dirt poor existence.

For Marc Lore, it was different.  He was wealthy already and said his reaction was due to the loss of purpose.  He had invested so much time and energy into building his companies, creating a specific and unique culture, making key decisions and watching it grow into a flourishing business.  When he sold that business, he lost that purpose and the money he received did not compensate for the loss of purpose.

Markus Persson had a similar reaction, and explained that when he received his massive payday, he ran out of reasons to keep trying, and like the Clampetts, found interacting with other people was much harder due to his wealth.

For the rest of us?

Very few people will ever be in the position to receive such massive windfalls, so it is reasonable to question whether there are any lessons that would be relevant to a New Zealand investor.

The experiences noted above can be applicable to most people because it can all be traced back to a common feature – people mistaking wealth for goals.

In our trio of Marc, Markus and the Clampetts, each of them make life decisions based on obtaining the best financial outcome, rather than looking at the best outcome for them personally.  Presumably they were thinking that obtaining a large amount of money would provide them with the ability to achieve their goals.  As it turns out, money would not allow them to meet their goals so the decision to maximise their wealth had the effect of limiting their ability to achieve their goals.

If they had known their goals and focused on achieving them, they very well may have made different decisions.  This isn’t to say that they wouldn’t have received massive payments, but perhaps they could have made a few tweaks to their decisions.

For Marc Lore and Markus Persson, perhaps this would include a provision that they maintained some involvement in the company they sold.  For the Clampetts, perhaps they would be happier if they had negotiated the right to live on a portion of their land or received an equivalent amount of land elsewhere (along with a suitably large payment).

For most other investors, this means knowing what your goals are and making decisions to achieve those goals.  Although this sounds easy, it can get quite tricky to implement.

Money can help achieving some of these resolutions – you may not be able to buy fitness, but you can pay for a gym membership and personal trainer who can increase your odds of getting fitter.  Therefore you can see that money doesn’t make you happy but it can give you more choices that could improve your chances of happiness – assuming you make the right choices.

The right choice needs to be one that achieves one or more of your goals, but you should factor in issues such as:

This is where it pays to look at any resolutions you have made.  Were those resolutions serious attempts to improve your life, health or financial wellbeing, or were they more akin to impulse purchases that were unlikely to have a meaningful impact?

What else should I consider?

In December 2017, the Financial Services Council released a research paper[1] that looked at the attitudes and expectations of older New Zealanders, and tried to understand what wealth is being taken into retirement.  They key findings of the report were:

The paper also noted that savings and other assets were rapidly used by New Zealanders when they retire, which indicated a need for education on what investment options are available during people’s working lives. Also, wealth tended to be concentrated in a few asset classes, again indicating New Zealanders could benefit from greater knowledge of potential investment types.

54% of 65+ homeowners planned to sell their home to help fund their retirement, but the paper noted that income from selling this asset was only expected to last 3.3 years (presumably because most homeowners were downsizing or moving to a retirement village and used the bulk of the proceeds to fund that purchase).

The paper suggested that its findings send a message to those still working to make the most of opportunities to grow their wealth and increase their sources of income.

This is where a qualified financial adviser can assist.  They will work with you and take into account your whole situation and unique circumstances. They will tailor a plan to help you achieve your short and long-term goals as well as protect you, your assets and loved ones.

What will an adviser do?

A financial adviser will help you:

Importantly, research tells us that the benefits of financial advice extend far beyond measurable financial gains – to improved physical health and well-being and increased personal happiness.

A common mistake people make is believing that financial planning is only about maximising the amount of money they have when they retire – but that’s not correct because while money can certainly help fulfil your goals, simply having more money is not the goal in itself.

Regardless of your goals it’s important to get the basics right so you can lay solid foundations that enable you to move towards your goals.

How do I know an adviser can help me?

It is reasonable to question whether you will benefit from using a financial adviser.  The Financial Markets Authority released a report[2] in 2017 that questioned investors about advice received from financial advisers.  The report found that “overall, 87% of clients surveyed were confident they were financially prepared for their retirement”.

Financial advice can provide invaluable assistance in helping investors meet their goals.  Those who receive financial advice tend to be more confident about their retirement prospects and many others regret not getting advice.  To make sure you get the most out of financial advice, make sure it is tailored to your particular circumstances and is focused on your goals.  Make sure your financial plan helps you achieve the goals you want, with more control, less risk and greater certainty.