You have to stop cancelling and rescheduling things. Really. 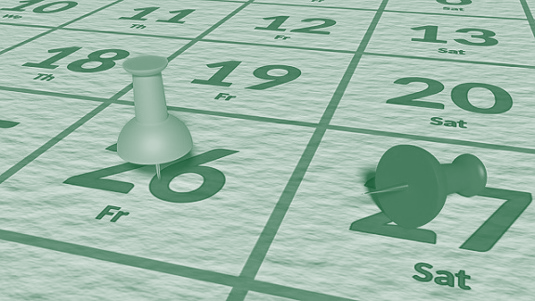 A friend recently returned to his parked car to find it had been sideswiped. Now, every time he calls the insurance company, he hears a message saying: “Can’t take your call right now. Leave a message. All calls will be returned by the end of the day.”

So far, he’s called over a dozen times; his calls have been returned only twice.

Why would an insurance adjuster have a voicemail message assuring callers that “all calls will be returned by the end of the day” and then return only 20% of the calls it committed to returning? Probably for the same reasons most of us promise “to write back to your email on Monday” but don’t, or promise “to send out that memo by Friday” but don’t.

Why do any of us say we will do things and then fail to do them?

We overcommit ourselves. We don’t like to disappoint people, so we tell them what we think they want to hear. We feel pressure in the moment and don’t stop to consider how much pressure we’ll feel later. We don’t think through how much time things will actually take — and we don’t leave enough slack time in our days to handle the (inevitable) emergencies and delays.

Up until a few years ago, I canceled or postponed meetings a lot. I would say yes to something (so much easier than saying no). As the commitment approached, I would feel overwhelmed and want to cancel. And often, I would cancel.

Then I read Stephen M.R. Covey’s book The Speed of Trust. It’s about being trustworthy. I had always thought that I was, but the author explains that when you make appointments and you cancel them, then trustworthy you aren’t. When you fail to fulfill commitments that you freely make, trust is not the result.

Since then I have realized that the temptation not to follow through is compounded by ease. Never has canceling, for example, been easier and less painful for us than it is in the age of the text message. We can cancel without ever having to speak with, much less meet, someone. We can cancel five minutes ahead and without explanation. Just tack on an emoticon to our message, and we can convince ourselves that it’s almost the same as if we’d met our obligation.

But the thought process still isn’t pain-free. We feel guilty about it. We waffle over what to do — and the indecision is draining. Finally, we cancel, and we undermine our confidence in ourselves. It reinforces our conviction that we can’t do it all — that we can’t control our schedule, or even our effort.

There are consequences for our personal lives, and there are certainly consequences in the workplace. Keeping commitments is a sign of maturity. Employees who don’t finish assignments, for instance, or finish them late or poorly, or are themselves routinely late, miss meetings, and cancel appointments, are an imposition on other team members and a liability to their employers.

Because these bad habits are nearly ubiquitous, they inevitably hitch a ride with some of us as we climb the ladder into leadership roles, where the workplace dysfunction they generate is magnified. It’s difficult to hold your subordinates accountable when you don’t hold yourself accountable. It’s hard to trust others when we know we can’t be counted on. How do we inspire commitment in those we lead when it’s obvious to them that commitment is a negotiable principle for us? It’s impossible to be a good leader if we don’t govern ourselves.

Last year I decided I would stop rescheduling my commitments and treat them as just that: commitments. And what I found is that when I committed to do the things I said I’d do, I actually felt much less stressed by them. As I kept more and more commitments, I got more and more confident. And I learned how long things really take, so I got better and better at giving estimates on when I could deliver.

If you really mean no when you say yes, then say no in the first place. We are all in the same boat — we have finite time and a seemingly infinite number of worthwhile things to do with it. Don’t know how to say no? Google “how to say no to a request” and then study up. Commit yourself to not agreeing to do things unless you’re going to follow through. Ask for time to think things over if you’re unsure. Don’t overschedule yourself. If you’re truly overextended, you may require a transition period to weed some things out; after that, once you say yes to something, stick to the yes. If the commitment seemed like a good idea at the time, it still is — even if the value is found not in the activity itself but in being trustworthy and following through.